Barrister: Oliver Riley
Source: Family Law Week
Summary: Oliver Riley of St John’s Family & Divorce team provides a summary of the judgment of Mostyn J concerning a wife’s application seeking periodical payments for joint lives and the adjournment of her capital claims. This judgment relates to the final hearing of a wife’s application for financial remedies before Mostyn J following lengthy and expensive litigation which began in 2012. 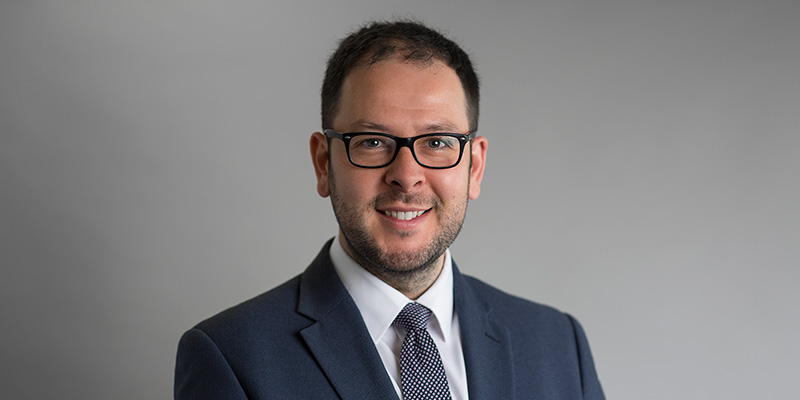 During the parties’ marriage, a charitable trust with considerable assets was established with the purpose of conserving the tiger population of China, the Chinese Tigers South African Trust (‘CTSAT’). The wife had argued that CTSAT could be classed as a post-nuptial settlement and so capable of variation under Matrimonial Causes Act 1973, section 24. However, it was determined as a preliminary issue ([2014] EWHC 3340 (Fam)), and subsequently confirmed on appeal ([2017] EWCA Civ 405), that it was not. Consequently, no direct provision could be made to either party from the assets of CTSAT. However, it was accepted by the husband that CTSAT could, and did, employ him, for which he would be financially remunerated.

By the time of the final hearing the wife sought an order for periodical payments but did not pursue a claim for capital provision, instead seeking that her capital claims should be adjourned.

The husband’s case was, while he had been well remunerated for work completed for and on behalf of CTSAT in the past, that his skill set, as a structured finance expert, was largely obsolete following the 2008 financial crisis. The husband’s evidence on this point was not accepted by the court and viewed as inconsistent with large sums of money which had been received from CTSAT in the years thereafter, by another company of which the husband was the ultimate beneficial owner. Moreover, the profit element from these sums was being paid, almost entirely, to the husband’s partner with nothing at all being paid to the husband, who was unable to provide a satisfactory explanation for this state of affairs (para 26).

The husband also attempted to demonstrate the existence of an agreement between the parties relating to a sum of $1 million paid to the wife’s brother in 1998. He alleged that, in the event of divorce, it was agreed that the wife would acquire the sole beneficial interest in assets purchased with this money and have no further claim against him. The relevant assets were two apartments in Beijing, purchased in the name of the wife’s brother and transferred subsequently into the name of the wife’s sister-in-law. Consequently, the husband asserted that the wife’s brother and sister-in-law (the eighth and ninth respondents to the proceedings) should be ordered to repay the sum of $1 million to him together with interest (para 16). The husband did not formally plead this claim and so the court had nothing to dismiss. However, Mostyn J was clear that such a claim would have failed; firstly, for limitation, secondly, because the court did not have jurisdiction to hear such an action, and, in any event, because he rejected the husband’s assertion that any such agreement had been reached (paras 18-20).

In addition, the husband had failed to comply with previous orders made on 31 October 2016 and 20 January 2017 compelling disclosure of CTSAT’s financial position and the Judge was extremely critical of the husband’s approach to the proceedings more generally. Mostyn J concluded that the husband had been “dishonest, manipulative, arrogant, menacing and contemptuous of the court’s authority” (para 42), noting that the content of part of his written evidence was, “not only childish and facetious, but … directly and grossly disrespectful to the authority of the court” (para 35).

The Judge relied upon what he viewed as brazen non-disclosure taken together with the husband’s attitude to infer that CTSAT had continued to be successfully commercially active with the husband as ‘rainmaker,’ with arrangements for the husband’s remuneration to be deferred until the conclusion of the financial remedies proceedings. The Judge was satisfied that the husband had the capacity to earn significant financial reward undertaking financial advisory work on a fully commercial arms-length basis for CTSAT, or comparable fees working for other clients (paras 39-40).

Having considered the wife’s claimed rental and living expenses set against her modest earning capacity, Mostyn J made an award of periodical payments at a rate of £64,000 per annum, to be CPI index-linked.

At the outset of his judgment Mostyn J had acknowledged the “strong similarities” between the present case and that of Joy v Joy-Morancho & Ors (No3) ([2015] EWHC 2507 (Fam), [2016] 1 FLR 815), setting out the Joy report’s headnote in full (para 9). When considering the term for periodical payments, as in Joy, here too the court determined that they should continue on a joint lives basis (until the wife’s remarriage or further order). Mostyn J acknowledged that a limited term for periodical payments should be imposed unless this cannot be achieved without causing undue hardship, making clear, if clarity were needed, that “the courts goal should be wherever possible to achieve, if not immediately, then at a defined date in the future, a complete economic separation between the parties” (para 48). However, the wife had no capital base to speak of and a vast liability to her solicitors. The Judge did not accept that the assets held by her sister-in-law provided a sufficient safety net to mitigate against the hardship of a limited term and considered, exceptionally, that a joint lives award was required to meet the justice of the case (para 49).

In “equally exceptional” fashion, Mostyn J adjourned the wife’s capital claims, concurring with the analysis of Sir Peter Singer in Joy, in which it was acknowledged that there are hard cases in which fairness and justice must prevail over the normal desirability of finality in litigation. Mostyn J viewed it as foreseeable that the husband will, at some stage in the future, have accumulated sufficient sums to make proper clean-break capital settlement on the wife, so justifying an adjournment of her capital claims (paras 51-53).