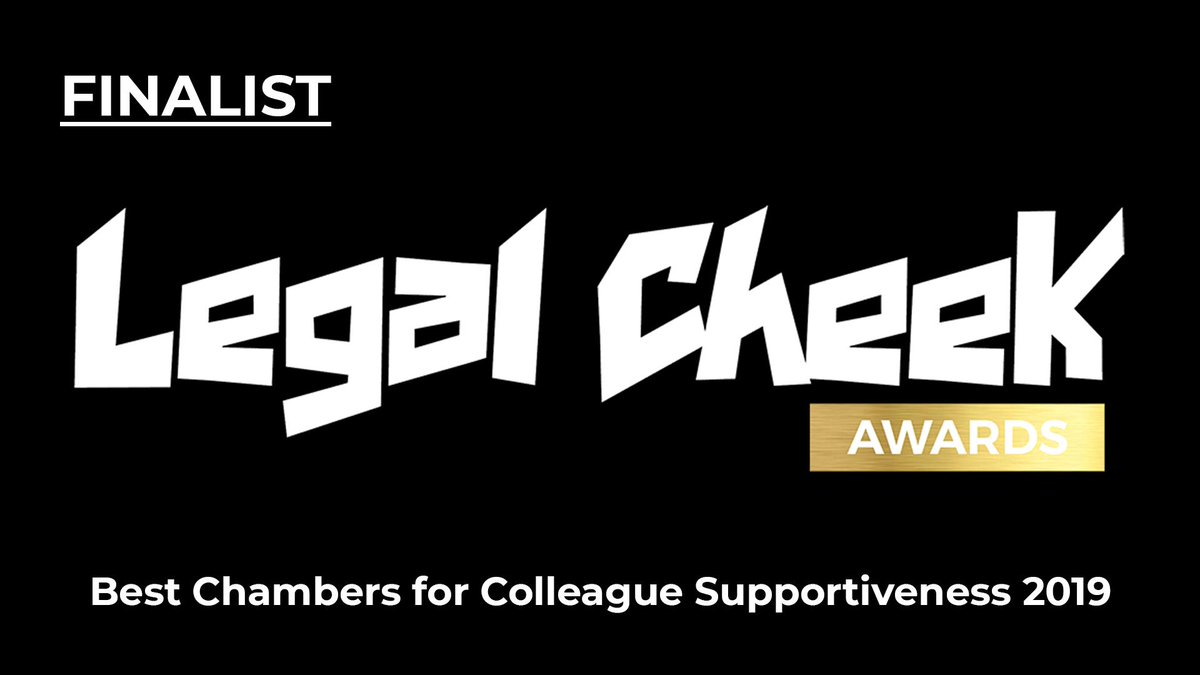 Ben Handy and Natasha Dzameh will be attending the Legal Cheek Awards Ceremony at the Cheesegrater in London tonight, as we are finalists for the ‘best chambers for colleague supportiveness’ award.

In January 2019, we saw the results of the Legal Cheek’s ‘Junior Barrister Survey’ which asked over 600 juniors at over 50 sets to rate the colleague support received within their chambers. Only eight chambers stood out for the rest scoring an A* on a scale of one to ten. St John’s Chambers is proud to be one of them, with one entry stating:

“It’s not uncommon for there to be phone calls with other members at 11.30pm and Bank Holidays.”

We are delighted to have a supportive, approachable and inclusive working environment for all that work within St John’s Chambers, including: pupils; clerks; staff; juniors and QC’s, in what onlookers may perceive to be a solitary industry to work within.