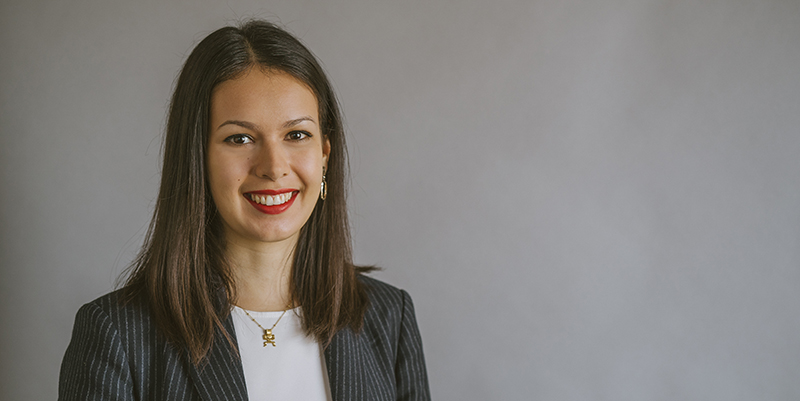 Diana joined Chambers in April 2022 following the successful completion of her pupillage under Julia Belyavin and Zoë Saunders. Diana is developing a busy practice in children proceedings in both private and public law matters. She also accepts instructions on injunction applications under the Family Law Act 1996.

Diana has represented parents and NYAS in contact disputes. She has been instructed on cases including issues surrounding substance misuse, mental health, domestic violence, serious allegations of physical and sexual abuse, parental alienation, and children with significant additional needs. Diana also regularly acts for applicants and respondents in non-molestation and occupation order applications.

Diana is a contributor to the Family Law Week website.

Outside her practice, Diana is committed to raising awareness about the rights of those who are suffering from domestic abuse. Being fluent in Spanish, Diana is eager to make this information more widely accessible and has given a talk for the Mexican Consulate on the topic as well as having translated guidance documents from English to Spanish on the same.

Coming from a BAME and non-traditional background herself, Diana is also a keen advocate for increasing diversity at the Bar. She takes part in various mentoring programmes, gives talks, and regularly attends student events to encourage this.

Diana M. Panizzon-Pineda is regulated by the Bar Standards Board (BSB) and holds a current practising certificate. If you are not satisfied with the service provided, please read here.